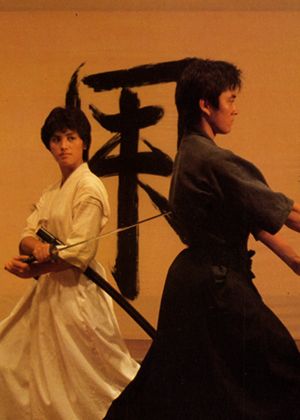 Teenager Mai-zih, who respects his father living in the US, is annoyed by the fact that his mother seems to have a new boyfriend. Sunny, a girl with no interest in school, dreams about leaving her hometown for living abroad. Ah-Ding, a self-proclaimed sailor traveling around the world, stays at the harbor area during the maintenance of his ship. A group of teenagers study kendo to defend themselves. Later on, they use bamboo swords to launch a fierce fight for justice, which draws the attention of the police. When the dust settles, Mai-zih realizes that the reality is quite different from what he thought in the past.

The coming-of-age story is a major subject matter in Taiwan New Cinema. Kendo Kids is the feature film directed by CHANG Yi in his early stage. CHANG wrote the screenplay with novelist Hsiao Yeh; they tell this coming-of-age story against the backdrop of Keelung Harbor. The way that teenagers in the film train themselves is as hard as the director’s dedication to life and beauty, pushing extreme performance amid their goals. Hsiao Yeh recalls what happened during the production; CHANG insisted on having Mark LI Ping-bin as the cinematographer despite facing disagreement from the boss. “Bamboo swords is a bold and fearless force for punishment,” shows on the film poster. The teenagers believe in kendo with which they can get rid of the villains. However, these unsophisticated teenagers only know the tip of the iceberg. They are forced to grow up when they are confronted with the brutal truth, just as the way most bildungsroman describe protagonists’ development.

Only partial seatings of the opening screening on Oct. 7th are available for purchase.